Home Living in and Moving to Irving, Texas 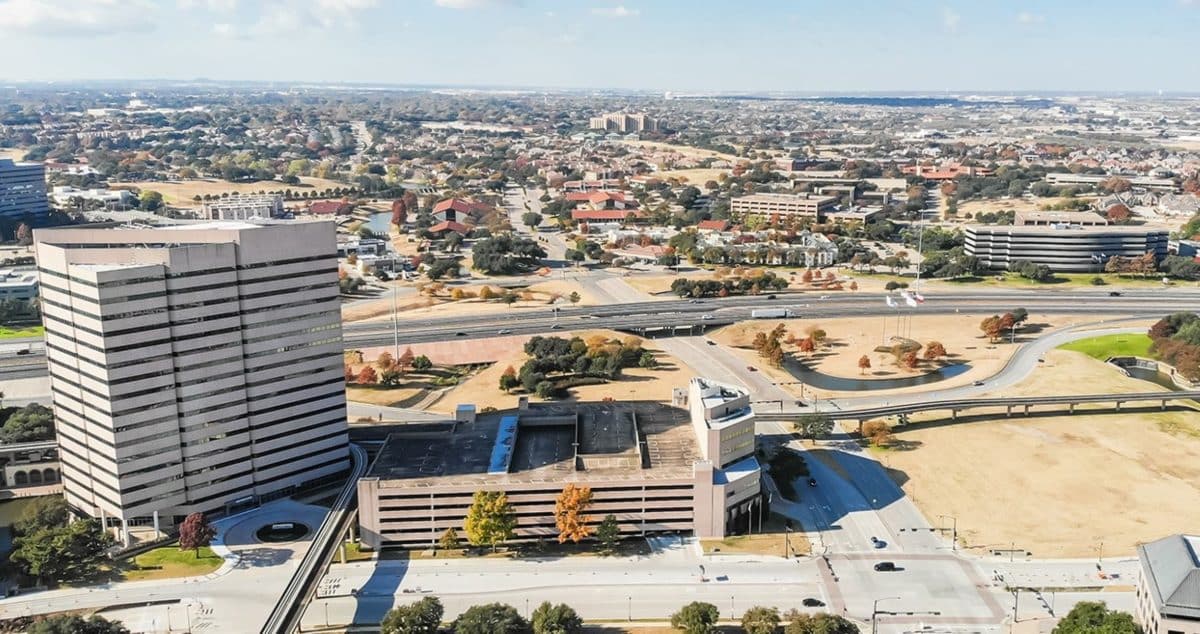 Reasons to Move to Irving, Texas

Moving to Irving, TX is the best, under-the-radar, city to call home if you are ready to hang your hat in the Lone Star State. Irving is one of Dallas-Fort Worth’s most well-liked suburbs, and for good reason, its location is among the best in the city. If you are a regular traveler, whether for business or pleasure, luckily, you are going to have the shortest commute to the airport because it is just south of the airport. Irving is on the Dallas side and is centrally located. But still, Fort Worth is just a skip, hop, and a jump away and then, of course, Dallas is right there as well.

Nestled 10 minutes from Dallas and 30 from Fort Worth, Irving is one of the coolest and best-kept secrets in the Lone Star State. Irving is home to five Fortune 500 corporations and 8,500 companies, that’s why its economy is thriving and diverse. It’s a great place to look for jobs if you find yourself drawn to Irving and would like to live and work in the same community. Irving hosts festivals, celebratory fairs, and other community events all year long.

Irving’s dynamic and relatively diverse culinary scene has received several stars. Here cuisine is delectable and Mediterranean Grill serves satisfying bites is prepared with fresh, local ingredients. Put attention to Irvine if you want to enjoy the benefits of living in Texas without the high cost of living. Because Irving Texas might be the perfect place for you to live a happy life.

Cost of living in Irving, Texas 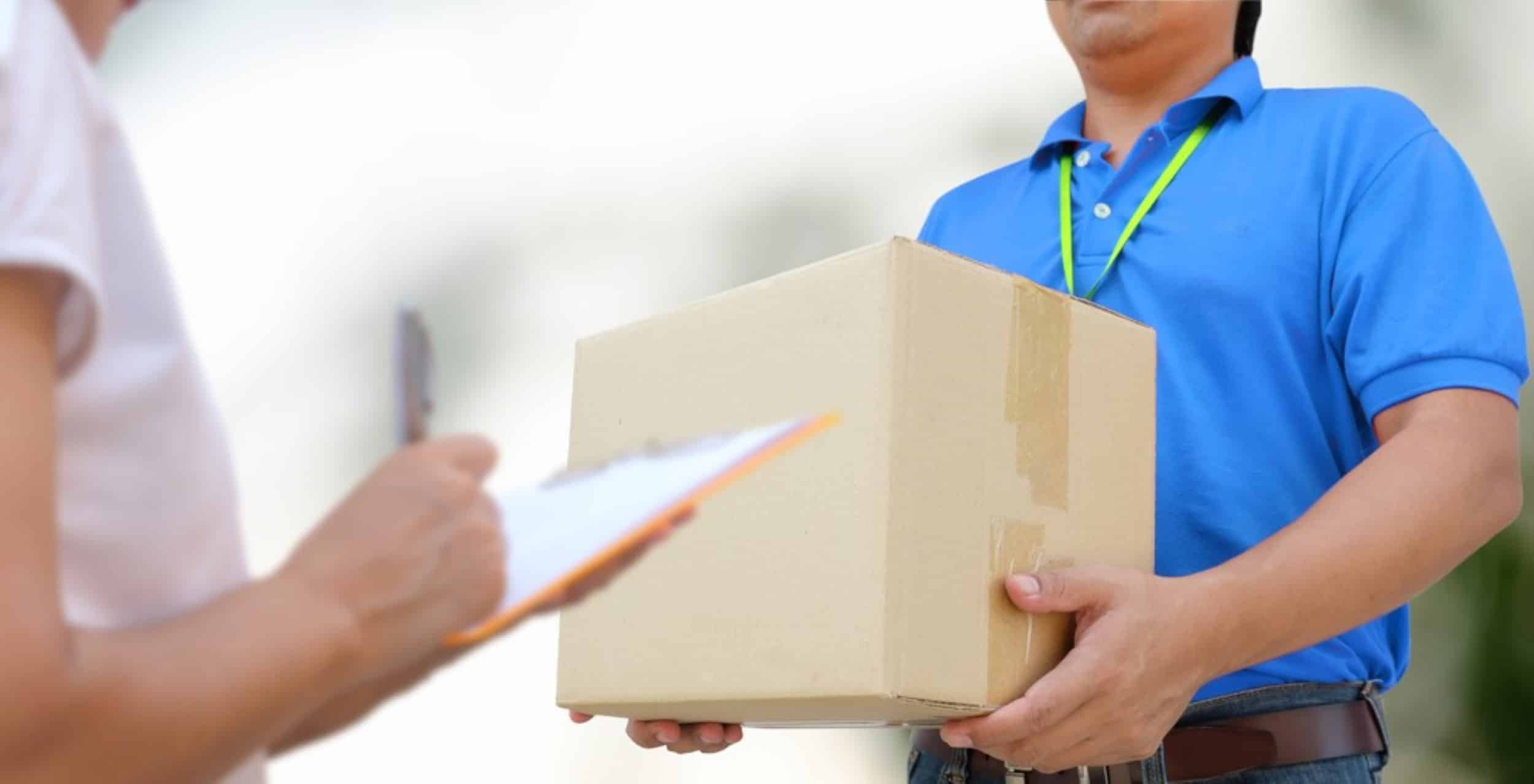 Is Irving, Texas a safe place to live – Crime Rates?

You have a 1 in 35 chance of becoming a victim of crime here in Irving, Texas. Violent crimes in Irving are 17% lower than the national average and it is safer than 29% of the cities in the United States. Crime in Irving has increased by 7% year over year.

What are the demographics of Irving, Texas?

Out of 1,805 cities in the state of Texas, Irving is the 12th most populated city. The largest Irving ethnic groups are Hispanic followed by Asian and White.

Things to do in Irving, Texas

Located in the heart of Dallas and Fort Worth, you can find this fun and inviting Irving full of entertainment, music, arts, theater, and dining places to go. You can explore the Dallas Arts District, catch a show in Toyota Music Factory, or see a fantastic performance at the Irving Arts Centers when looking for local favorites in Irving, Texas. Irving sits neatly between the cities of Dallas and Fort Worth and is an easy place to access any kind of entertainment spot and spend some time in a gorgeous setting deep in the heart of Texas. If you want to explore more, here is a list of the best things to do in Irving, TX: 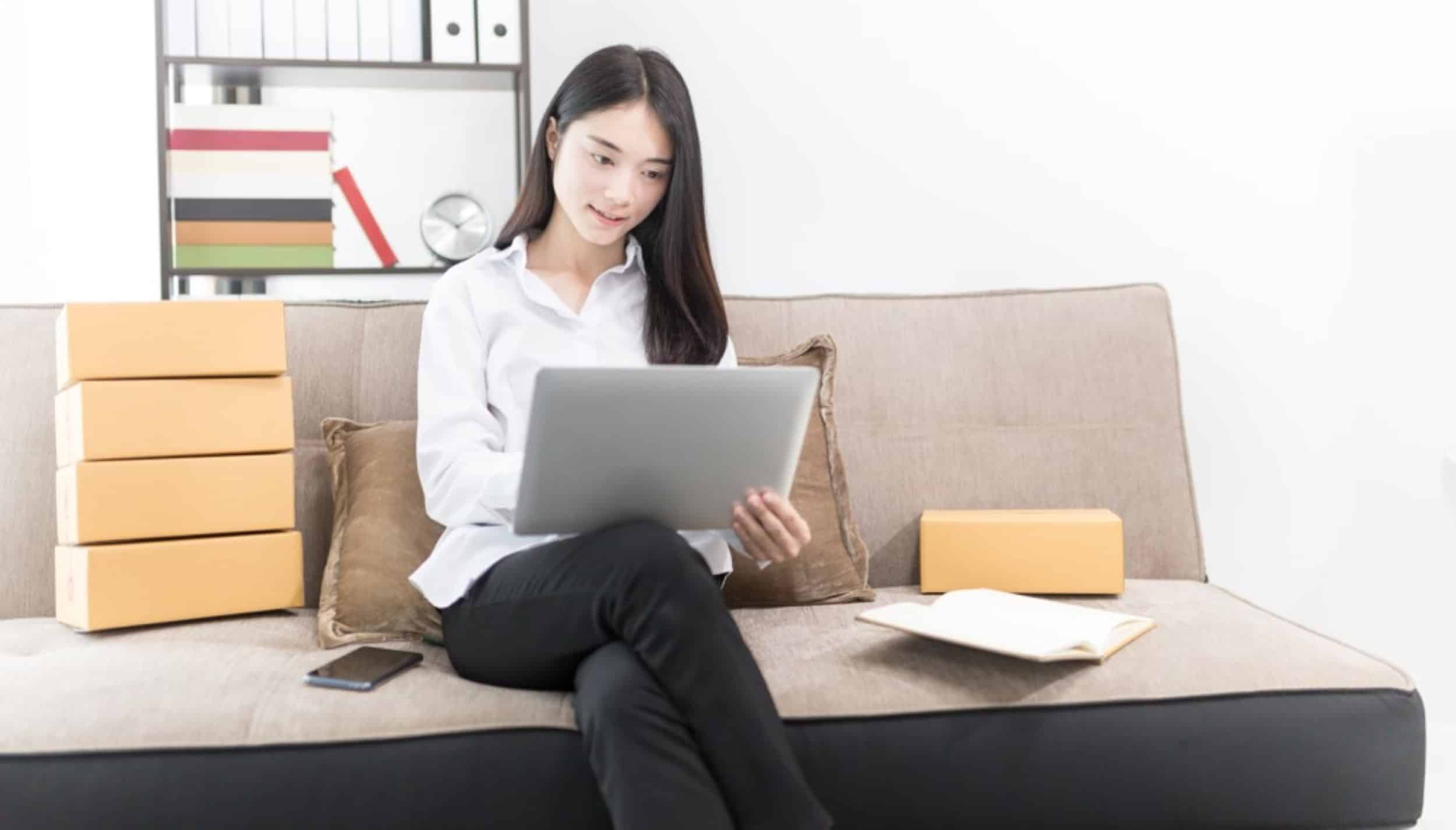 How many people live in Irving, Texas – Population?

Located in Dallas County Texas, Irving is a city with a population of 264,762, it is the 86th largest city in the United States, currently growing at a rate of 1.55% annually. The population of Irving, Texas has increased by 3.15% since the most recent census. Spanning over 68 miles, Irving has a population density of 3,948 people per square mile which is 2962% higher than Texas and the median age in Irving is 6% lower than in Texas. The number of people per household in Irving is 2.7, 52.6% are married, 10.5% are divorced, 38.3% are married with children and 20.8% have children, but are single. Family establishments represent 66.64% of Irving households while non-family units account for the remaining 33.36%. In addition, 38.71% of households have children and 61.29% of households are without children. Housing units are 37.72% owner-occupied, while 62.28% have renters living in them. 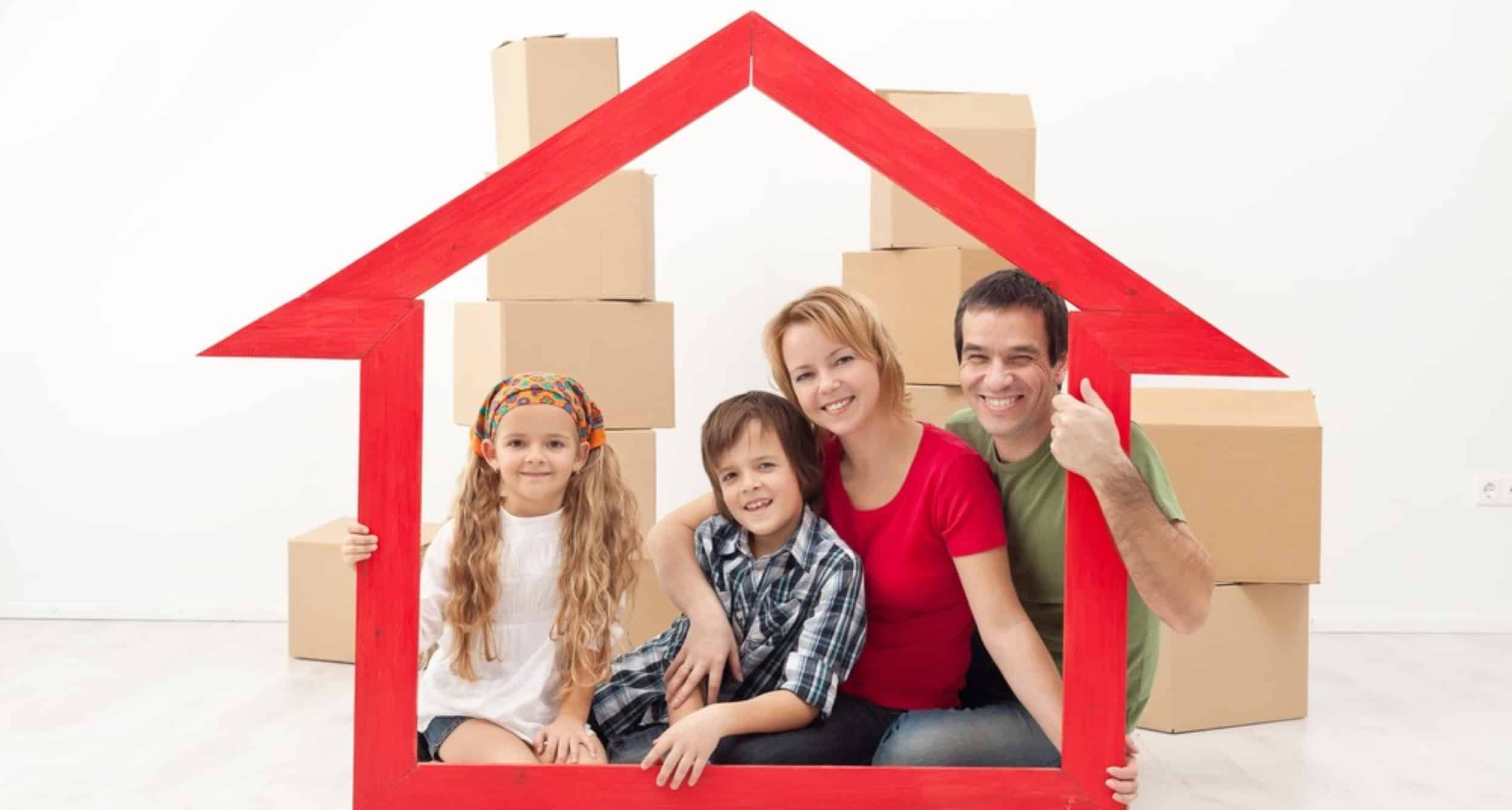 In Irving, the summers are muggy and hot, the winters are cold and windy, and it is partly cloudy year-round. The temperature typically varies from 38°F to 96°F and is rarely below 26°F or above 102°F over the course of the year. Irving, Texas gets 37 inches of rain, 1 inch of snow, and 233 sunny days on average, per year. April, October, and May are the most pleasant months to visit Irving. Humidity in Irving is comfortable for most of the year but can be uncomfortable during the summer. May is the rainiest month with 9.2 days of rain and July is the driest month with only 4.6 rainy days.

The hot season starts lasts for 3.5 months from June to September & with an average daily high temperature above 88°F. The hottest month of the year is August with an average high of 95°F and a low of 77°F.

The cool season starts from November to February & lasts for 3.0 months with an average daily high temperature below 64°F. The coldest month of the year is January with an average low of 39°F and a high of 57°F. 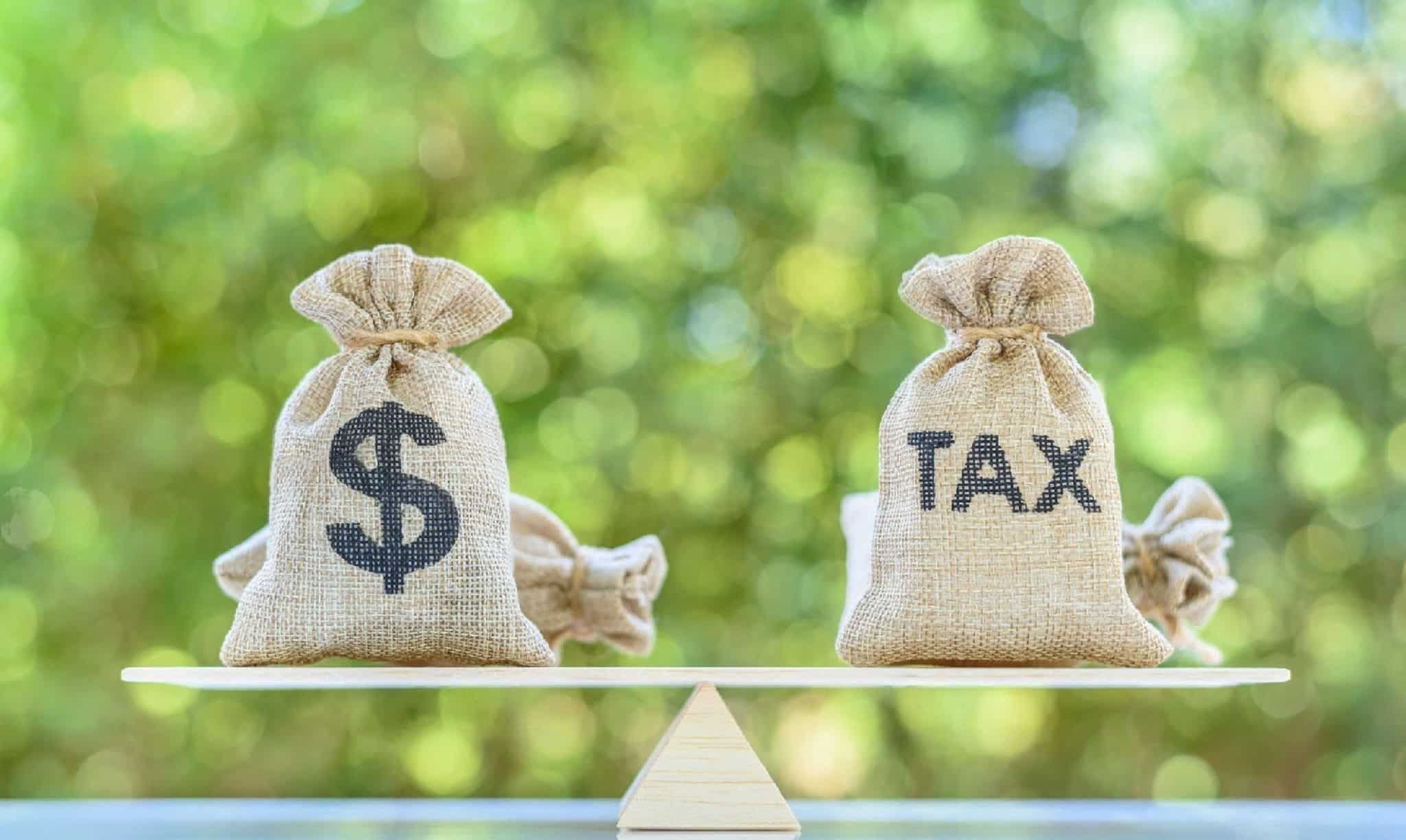 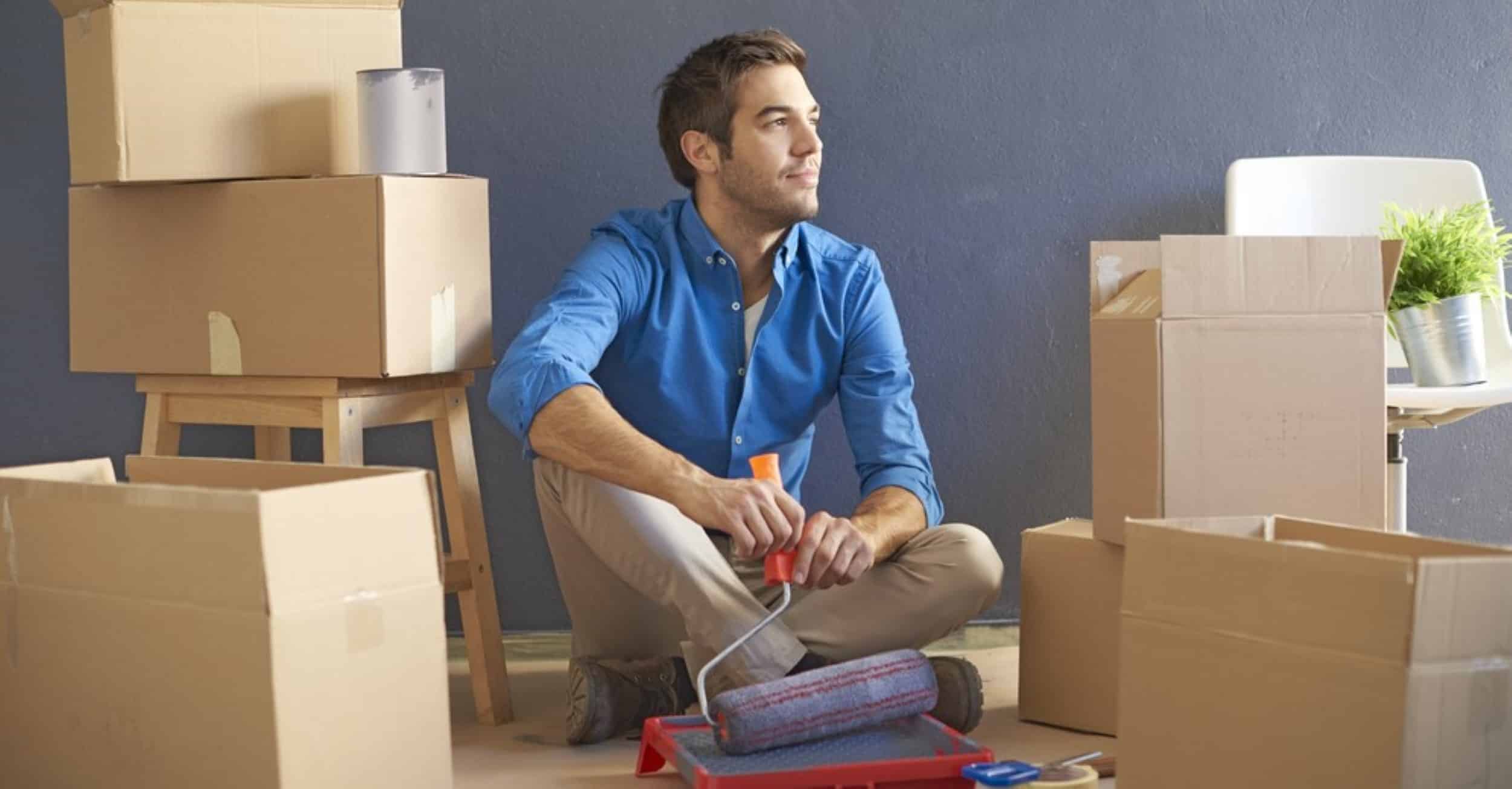 Is Irving, Texas good for singles?

Following are few of the fascinating attractions singles look for when relocating;

Fitness facilities in Irving, Texas offer high-intensity interval training group workouts, where individuals can participate in short routines with proven results. Men and women of all fitness levels and ages can take part in a coached sessions with the goal of burning fat in Irving, Texas. There are an upbeat-style gyms based around fun workouts with your neighbors in Irving, Texas from yoga classes to music-driven workouts. The gyms feature group and personal training, nutritional coaching, and more.

Looking for a booming restaurant scene for lively happy hours?

Irving is a member town of the greater Dallas-Fort Worth area and northern suburb with similar white-collar appeal as Dallas proper. Wedged between the Texan metropolises of Dallas and Fort Worth, Irving boasts a dining scene that mixes upscale fare with casual eats. Learn more about outstanding choices by checking out the following list of the best restaurants in Irving that are selected just for you!

Is Irving, Texas good for families?

Irving residents give back to their community by working hard and playing hard on the whole. For this, the city has hundreds of clubs and civic organizations residents can join, including two Rotary clubs and a Kiwanis club. Volunteer opportunities abound for adults and teens as well. The good news for families with children is that schools in Irving perform excellent. Independent School District serving Irving named ‘Irving Independent School District is one of the largest and highest achieving in Texas. Besides academics, the district is known for its competitive, community-supported sports programs. High school football in Irving is as big of a deal in Irving as it is anywhere. In addition to admiring the Mustangs of Las Colinas sculpture, you can learn more about its history at the Mustangs of Las Colinas Museum, it is one of the several community museums with a good reputation. Others include Irving Arts Center, the National Scouting Museum, Ruth Paine House, Jackie Townsell Bear Creek Heritage Center, and native plant garden. 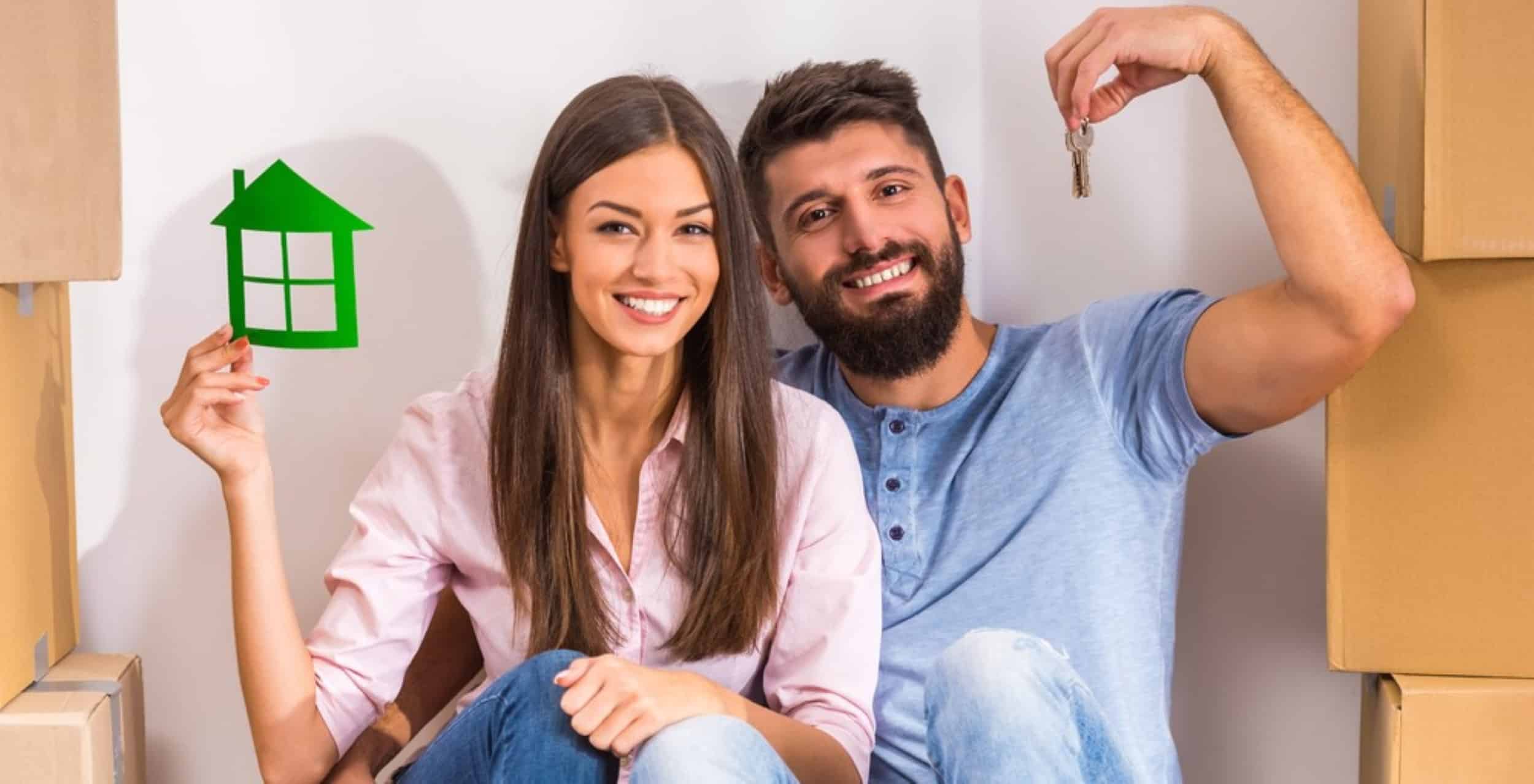 How are the schools in Irving, Texas?

There are 70 schools in Irving: 55 public schools and 15 private schools. Irving schools spend $10,162 per student, there are 927 students per librarian, 15 pupils per teacher, and 416 children per counselor. Approximately 30.16% of the population in Irving holds a high school degree, 18.05% have attained a college certificate and 21.8% have a bachelor’s degree. 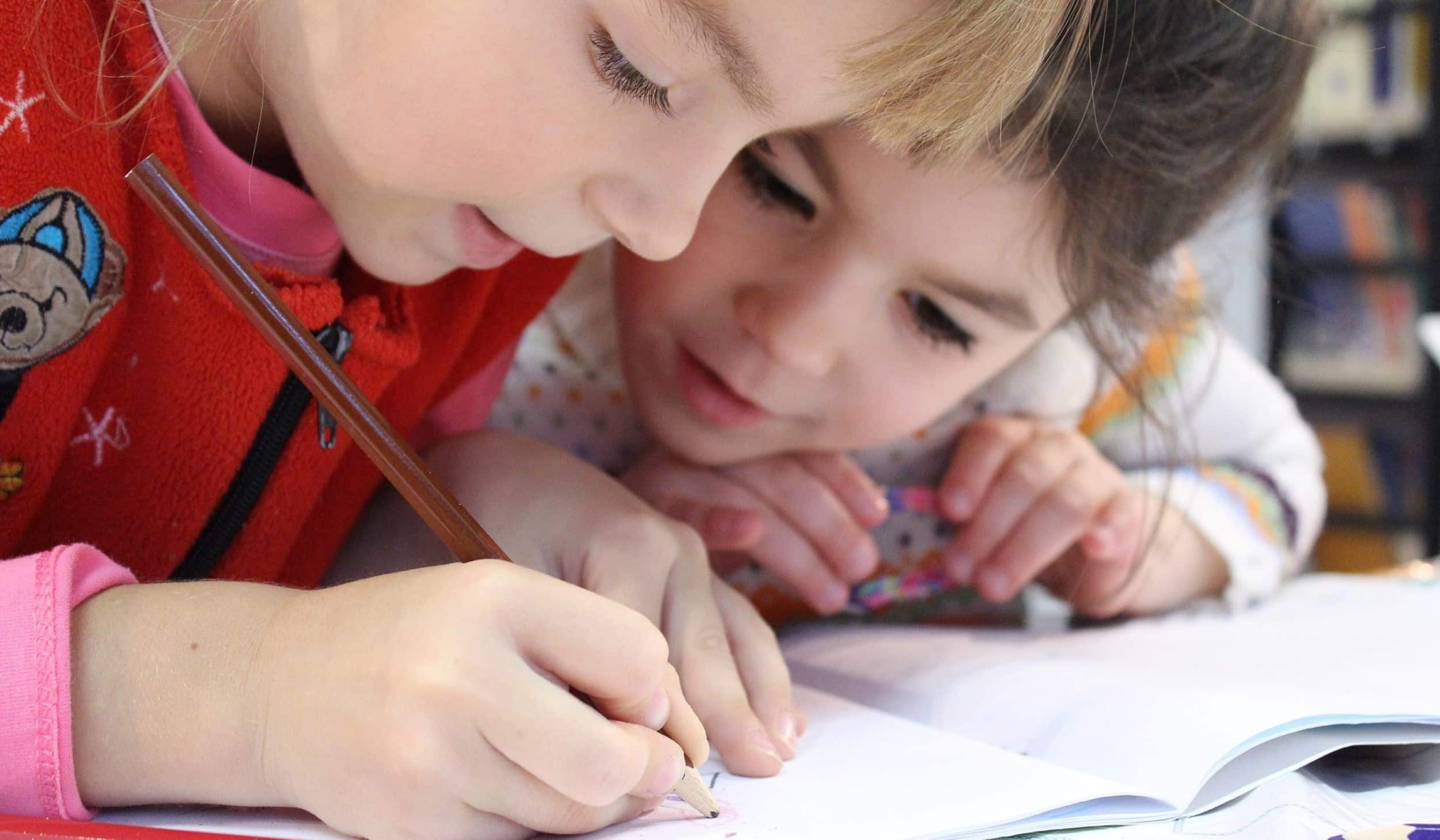 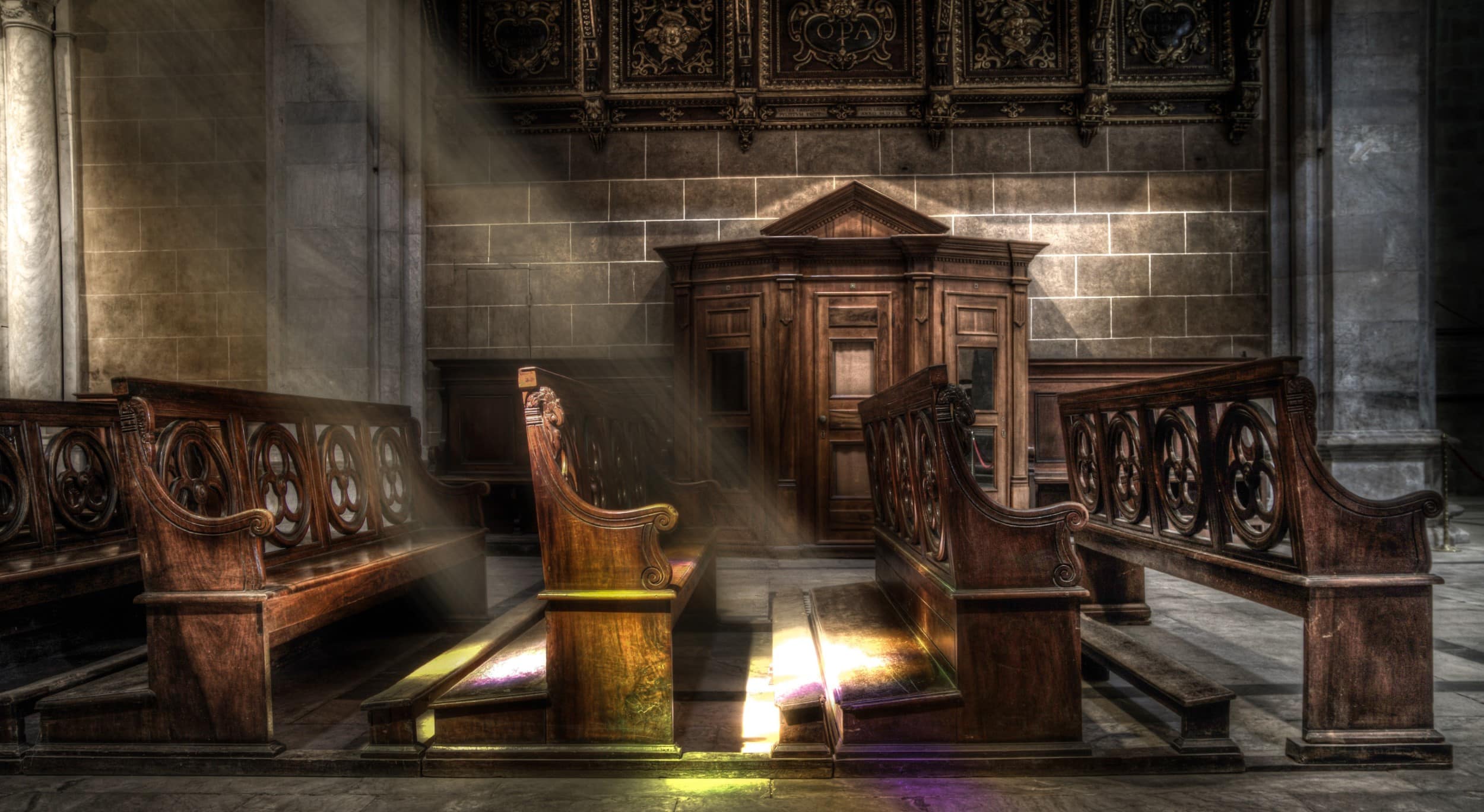 Conclusion: Why you should consider moving to Irving, Texas

Contact youngsters moving Irving, Texas at 76558730593-5 to book our spectacular moving services or fill out our online REQUEST A QUOTE form to get an accurate estimate of your upcoming move. 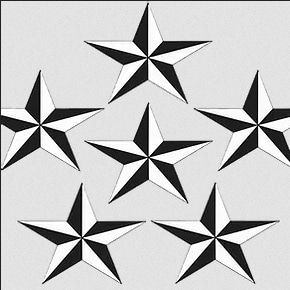 Youngstars Moving & Delivery
5.0
Based on 12 reviews
powered by Facebook

Rachel Zebrosky
March 16
Youngstars Movers are total lifesavers. They were able to book me last minute, and came on time. The guys were extremely professional and kind. I will definitely be calling them again for my next move, and referring them to my friends in the meantime. They are family, and I'm so grateful they were able to help me get moved into my new place so smoothly.

Dakota Wainwright
August 9, 2019
Called these guys last minute for a move into a 3rd story apartment on a Friday afternoon in the dead of summer. Bobby and his crew showed up within 2 hours and were able to get me moved out of my old apartment and into my new one within 2.5 hours. Didn't complain once, super friendly, and had a smile on their face every step of the way, even in the 100° heat. These guys were more than willing to accommodate anything I needed, and their customer service was fantastic. I'm not sure where all these other negative reviews are coming from, but I had a great experience. Unlike other movers, a lot of their supplies are free of charge, instead of being nickeled and dimed for every additional thing - and they don't have a minimum! After being quoted over $500 by other relocation companies, these guys came in clutch for me and got me moved for just over $200. I will definitely use these guys for my future moves!Tl;dr - great, prompt service, awesome value for the $, and super friendly. Hire these guys!

Nilesh Nangrani
January 26, 2019
Eddie is a very professional hard working guy. Keeps his word. Some of his boys need to learn professionalism from him but he addressed the issues that came up with them right away. Overall a fairly smoother move compared to my expectation.

John Paul Sotelo
December 17, 2017
I went through thumbtack app back in November. At first when looking at my options and the various different quotes I was given it didn't appear to be the cheapest option out of all the movers that responded, but when I looked at the quotes given to me by other companies they were filled with various additional fees and cost and when you compare youngstars cost vs other companies they were definitely the better option with no additional fees and straight to the point they charge exactly what they say.Day of move they were there within 10 mins of designated time and they only charge from the moment they got there. They were quick and efficient while being really careful with my belongings which is really nice and got everything to the top floor with no delay. I would definitely hire them again next time I move and would recommend to anyone looking for great movers at a great cost. They also accept debit and credit cards. 10/10 5 stars
See All Reviews 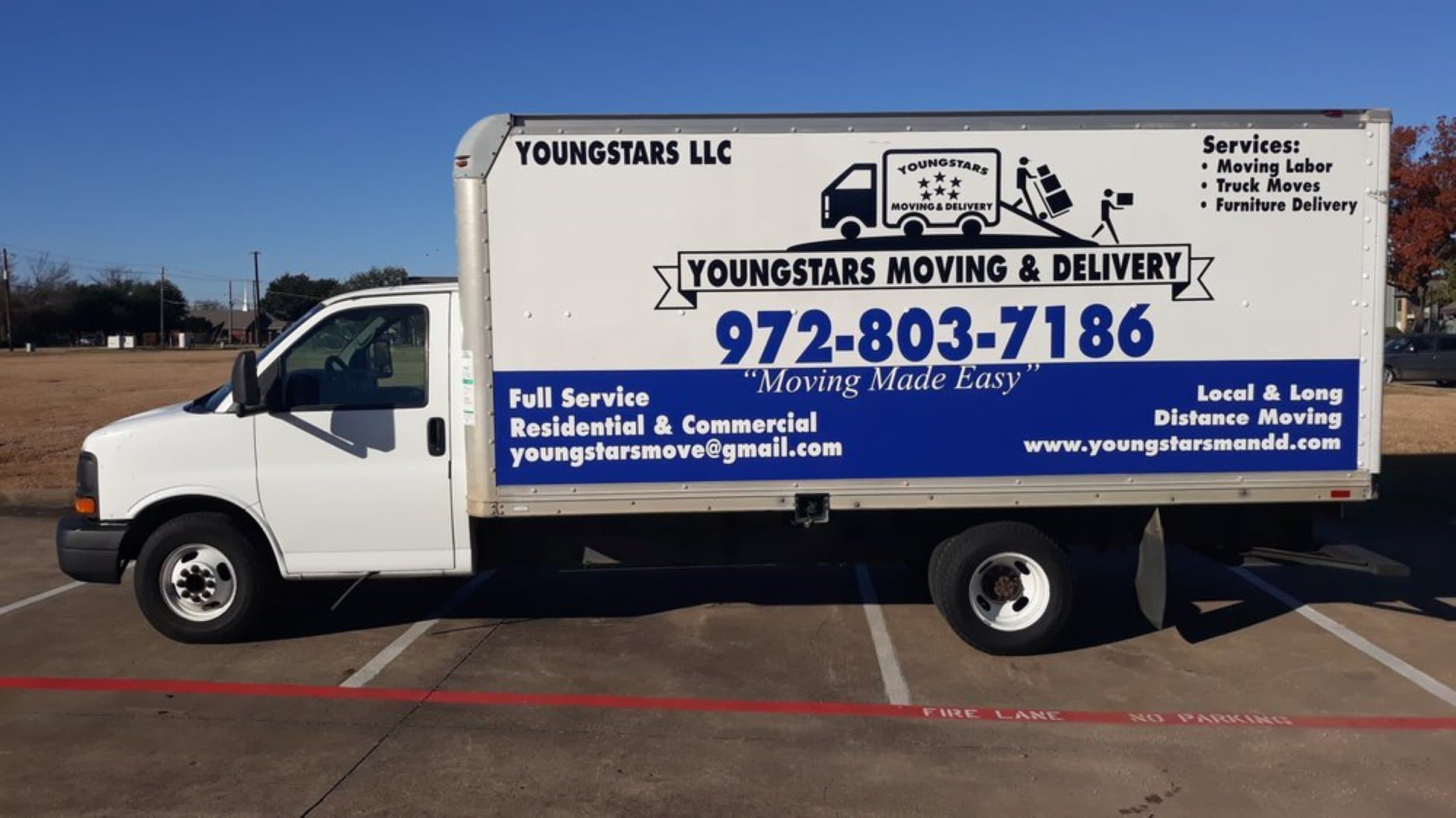